Hills and Valleys of Jharkhand- Parasnath, Netarhat, Dalma and Kiriburu.

In the last post, I have described all the top 4 waterfalls of the eastern Indian state- Jharkhand. Since Jharkhand has a lot of natural beauty beyond the waterfalls alone, so definitely this post is going to be dedicated to the hills and valleys of Jharkhand.

Jharkhand is not fully a plain region like neighbouring Uttar Pradesh and Bihar, but it is an uneven plateau area, full of forests, small rivers, waterfalls and hills. Although these hills are not as high as the Himalayas, but surely they offer a spectacular view. However, due to mass destruction of the trees and urbanisation or industrialisation, the forest have shrinked a lot, but in no way it means that they don’t need any attention by us. I am going to describe the top four hill stations of Jharkhand here.

1. Parasnath: The Highest Peak of Jharkhand

Parasnath is located in the northern part of this state in the Giridih district, at a distance of more than 200km from the state capital Ranchi. It is about 4500 feet high and the highest peak of Jharkhand. But this hill also servers as a popular pilgrimage center for the followers of the ‘Jain’ religion. However, non-Jains are never restricted to visit here. There are several Jain temples along the trek upto the peak of the hill, also known as Shikharji, where the main temple is situated. It is believed that the 24th Tirthankar of the Jains- Rishabha had once gone through a long meditation here, and since then the site has been a holy place for all his followers.

How to reach Parasnath:

Parasnath can be reached by any means- either train or road. Parasnath has its own railway station known as Parasnath railway station which is connected to all the major cities of India, it lies in the Howrah- Delhi or Bhubaneswar-Delhi train route. From the railway station, you can take an auto rickshaw and reach Madhuvan which is the foothill of the Parasnath hills.

Although there are plenty of cheap options even at Rs 100 per night but most of them are Jain Dharmshalas who only allow the Jains. If you are a non-Jain, there may be some problem in getting a stay in them, but a few Dharmshalas will allow your stay. There is also a govt Yatri Niwas and a only private Hotel Sapna, who cost a little more, around Rs 800 per night.

Things to do and visit around Parasnath

The area is covered by greenery all around the small Madhuvan town. You can start your trek early in the morning at 4am or 5am. The total revolution round all the hills will cover a linear distance of 27km but if you just reach the peak and come down, it will cover at least 18km. The pathway is a concrete build, vehicles reachable upto 5km only, after that you will have to trek only. At every 1km, you can find a Jain temple along the journey. The main temple is a historical one and the views from there are really very fantastic.

Other Amentities in Parasnath

Along the trek, not much, but at least you can find small rest points, lemon water sellers etc. At a few kilometers before reaching the peak or Shikharji, you can take a deep rest in the Jain Dak Bangalow, and also get very cheap Jain meal even at Rs 10 only.

You must be aware that this is a Jain religious area so, you are not allowed to eat anything after the sunset if you are staying at their Dharamshalas. But however, the only restaurant at Hotel Sapna remains open till 10pm.

2. Netarhat: The Pride of Jharkhand

Netarhat is actually ‘Nature’s Heart’, but wrongly people call it Netarhat. The Britishers admired this place a lot and named it so. It is in the Latehar district, full of forests, long high trees and the hilly roads like the Himalayas. The height of peak is 3700 feet here.

How to reach Netarhat:

Netarhat is at a distance of about 150km from the state capital Ranchi, and there are regular buses available between them. You have to reach ITI bus stand in Ranchi to catch a bus to Netarhat, the journey takes about 3 hours. The nearest railway station is Latehar but it is very far from here, so train is not an advisable option.

Things to visit and do in Netarhat

There are many points of attraction like Magnolia Point, Upper and Lower Ghaghri falls, Netarhat School, Sunrise and Sunset points etc. But there is no public transport available to see all of them, you will have to hire a vehicle which will cost you about Rs 700. The Magnolia Point has a love story embedded, a love between an English girl ‘Magnolia’ and local shepherd. When the shepherd was killed by that girl’s parents, the girl also jumped in the valley with his horse, and died. So it is called Magnolia point. The famous Netarhat school run by central govt has become a tourist point

Precautions before going to Netarhat

Since you know that the infrastructure of Jharkhand tourism is not so strong enough to handle the tourists’ requirements, we should not expect much here like other hill stations of India despite the natural beauty. There is only an SBI ATM in Netarhat which may not work all the times, so keep enough cash. The cellular network is also weak, only Airtel and BSNL will work anyhow. Weather will remain cool even in Summer but winters may be chilly.

The Dalma hills in the vicinity of the city Jamshedpur offers a wildlife sanctuary. It is not a developed hill station but a famous one day trek or adventure spot for the locales. The height of the peak is 2400 feet.

How to reach Dalma Hills

Dalma hills is not hard to reach, it can be reached from Jamshedpur by road, since it is only at a distance of 20km from the city. Since no dedicated public transport is available to reach here, you will have to hire your own.

Things to do and see in Dalma

Since it is a wildlife sanctuary, you can see mainly elephants here, but also monkeys, bears. Once upon a time, there used to live many species of animals, but nowadays, they have started to disappear. There are two ways to reach the Dalma peak- by road journey upto 19km or a trek of about 4hrs. You can see the wide spectacular view of Jamshedpur city from here. At the peak, there is also a temple of Lord Shiva.

Don’t expect much regarding amentities in Dalma hills. There are some forest rest houses in the midway on the hills. Besides that, you will have to pay Rs 10 to enter the forest area if going by vehicle.

4. Kiriburu- In the lap of Saranda Forest

I think this is the most adorable hill station in Jharkhand, just like Netarhat. The height of the hills is around 4000 feet, but remains very chilled in the winters and cool in the summer. The area is covered by the dense Saranda forest and the inside land has tremendous amount of iron ore reserves upon which many steel manufacturing companies like SAIL, Tata Steel are dependent.

As you already know, Jharkhand has a poor tourist interface, so not much public transport options are available to reach Kiriburu, but only regular buses from nearby cities like Jamshedpur, Chaibasa etc. Train connectivity is not available till now, but you can reach the nearest station Barbil which is only 8km away.

There are no private hotels in Kiriburu, only a guest house of SAIL company is available which is mostly occupied by their employees only. However you can get plenty of stay options in Barbil city but that would not solve your purpose of night stay in the hills here. The locales are very helpful in this regard, and if you get in any trouble, they are ready to host you!

Things to do and see in Kiriburu

Places to see in Kiriburu is the sunset point which is very attractive. After all, the all round natural beauty is so perfect that you dont need to wander once you reach here. However you can go to the hill top, the colony area and even inside the mines area. 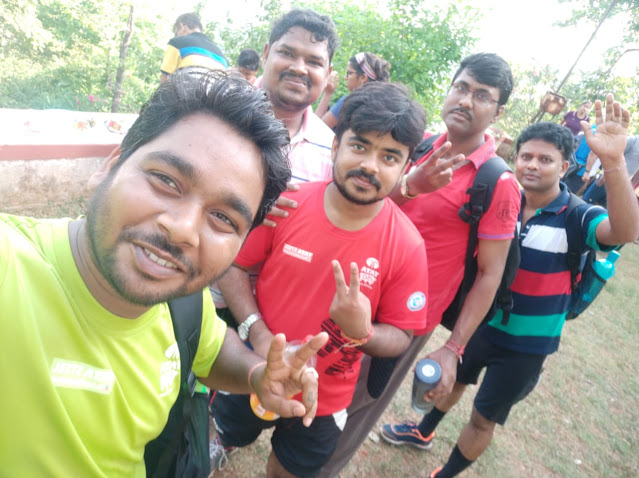 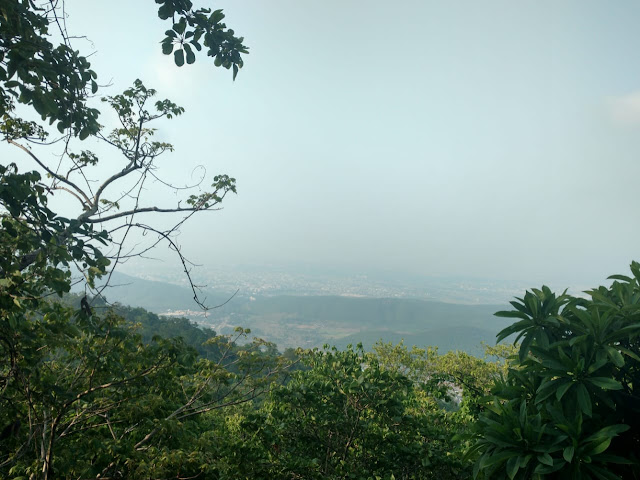 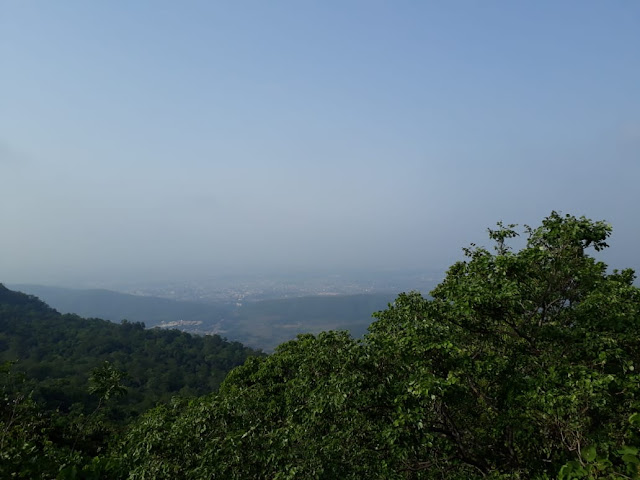 By RD Prajapati May 06, 2019
You must have heard of various waterfalls in Jharkhand around the capital city Ranchi. This state is blessed with numerous such small waterfalls, but few of them are known and regularly visited by the tourists. Some of them are Hundru Falls, Dassam Falls, Jonha Falls, Hirni Falls etc. Some waterfalls are also notorious for the number of accidents took place there. For example, many tourists have lost their life in Dassam falls while trying to get a view from the top of the fall. Although tourists are always warned not to do it, but still they take risk for this small amount of fun. Top 4 waterfalls of Jharkhand- Hundru, Dassam, Hirni and Jonha Hills and Valleys of Jharkhand- Parasnath, Netarhat, Dalma and Kiriburu. The Panchghagh Falls Now I recently found a waterfall named ‘Panchghagh’, located just at a distance of 50km from Ranchi and just 8km from Khunti. This fall is neither as high like Hundru or Dassam, nor it has any steep downstairs to watch the falling water. I often wonder a
Post a Comment
Click Here To Read More>>