There is a small island called Neil, 36 km north-east direction of Port Blair, but this distance of 36 km also seems very long in the sea. Ferries run from Port Blair to Neil daily in the morning and evening, I booked at the Coastal Cruise whose ticket cost was six hundred rupees. Makruzz is considered to be the highest class and fastest ship, which runs between the Havelock directly from Port Blair without having any stoppage in the Neil. Coastal cruise is also owned by Makruzz, but it goes to Havelock via Neil. Both of these ships can be booked at makruzz.com.

There is also a ship called Green Ocean, whose website is greenoceancruise.com/. Sometimes, on the official website of their payment, you can also refer to an agent website such as trip.experienceandamans.com, I also booked from this site. Keep in mind that tickets are immediately available directly from the official website of the ship, but if you have to go to the agent http://trip.experienceandamans.com website you will have to pay extra, then after few hours, they email the ticket. Regarding government ferries as I have already said that their booking is only on jetty counters. The timetable of government ferries is given at the end of this post, while for pvt ferries, you can go to their respective website to know about them.

The departure time of the coastal cruise ferry to Neil from Phoenix Bay Jetty of Port Blair was in the morning at 7:30 and arrival at Neil at eight o’clock in the morning. Like a flight, reaching the jetty one hour before arrival of boarding and having an ID proof is compulsory. In the last season of March, there was a huge number of passengers on the Port Blair jetty. Security checks and ticket checks are similar to the airport here, but later I found out that security checks on Neil and Havelock’s jetty are not as tough. Due to my arrival at time in advance, maybe I was the first passenger and was walking around my ship, the other ferries were going to depart.

A Brief Guide to Darjeeling and Gangtok (Sikkim)

A Brief Guide to Puri, Konark & Bhubaneshwar and Chilika Lake

The ship was fully air-conditioned, and the funniest thing was to get a window seat, I did not know it earlier. At the appointed time, the ship started to depart. From the window on the left side, it seemed to go away to Port Blair. At first, it was anticipated that in the middle of the sea, when the ship was there, there would be a full 360 degree view of water but it did not happen. The remote islands always remain visible. There was a TV inside, displaying security information like an airplane. Wearing life jackets have been made mandatory on small boats in Andaman, but do not need to wear all the time in bigger ships.

On entering the Neil Island, here’s a small market. Neil is not big- it is barely five km long.  An auto driver asked, “Will you go to Lakshmanpur?” He asked for three hundred rupees! According to the map, the hotel was just seven hundred meters away from the Blue Stone lodge which I had booked. Then another auto demanded a hundred rupees, after negotiating, he finally admitted to accpet only fifty rupees. These hotels also give the wrong information on the site, writes seven hundred meters instead of two kilometers!

When the hotel reached, the needle was ringing nine of the day. It was heat and humidity. Bikes at Rs 500 – Rs 600 and bicycles at Rs 200 -Rs 300 are rented in the Neil. In addition to hire a bike or bicycle, there will be a security deposit of two and a half thousand rupees. But when Neil is only five km big, why should not it be traveled on foot? I had a lot of time too – the entire twenty-four hours in the Neil.

The most famous things in the island- Natural Bridge.

Just two km from the hotel, and I started traveling on foot with a small bag with two bottles of water, cap, camera-mobile and selfie sticks – relaxing walking -strolling. This path was going to the other side, from which I had just come from auto. Going forward, one route goes towards the market or jetty and the right turn leads to the Natural Bridge.

There were many tourist cars on the main road, it was understood that this would be the natural bridge inside. There was some distance on foot, the lemon water sellers were sitting beside the road. The coast began to appear, but what is this? On the coast there is nothing but mud! People are also walking on it somehow. Came to know that it is not mud, but brown coral. Coral is an immovable living creature whose growth is only one or two inches in ten years. This coral becomes the shelter of countless sea creatures even when it dies. It is also called Coral Point due to such a wildly visible coral appearance. Perhaps due to the time of low tide, the coast would have gone far and Coral would be seen out.

Walking on hard corals was a very difficult task. A natural pool was seen after walking on ten to fifteen minutes. These are nothing but rocks made naturally in the shape of the pool. More than this pool is the coast which was showing its inner world for some time due to the low tide. The seawater is completely transparent in the pits between the corals and the fishes swimming in it! Some shy kind of creatures in the shape of spiral shapes were hidden in sand and the rocks, someone told that they were star fish.

After seeing the Coral Coast, I went back to the Bharatpur coast which is next to Jetty,

which was once I saw while entering the Neil.. This coast is the most beautiful coastline of the Nile and there is a free arrangement for seating. Still there was a time of low tide, due to which the water went very far. To touch the blue shore, I started moving, in some distance, the sand was in the white color, the water was shallow. Walking on bare foot was fun. Suddenly there was a sharp prick in the legs, the pointed corns came. There was a lot of corals here! Coral-brown, yellow, blue in every color. But the harder it is to walk on Yet the tourists did not care about them and went to the end until the sand started again. A place came where suddenly the water rose upto the waist, and the prick in the feet was also over. In the blue-colored natural transparent swimming pool.

Feeling tired due to the heat and sultry weather until coming back, it was only a short time spent on the shore. Jetty was also visible from here. The time for meals was passed, now I was going to move towards the market near Jetty. There were just a few restaurants here, some Chinese food, some South Indians. From the South Indian restaurant, I talked lightly. He told that he has come from Tamil Nadu for the last fifty years and settled here. I asked, how do you feel in such a small place? He said, “what to do?’ We are here since our births!”  In Andaman, people from Tamil Nadu, Andhra Pradesh, West Bengal etc. have come and settled here, but one particular thing is that Hindi is the common language of all, regardless of their mother tongue Tamil or Bengali! The problem of food did not occur anywhere in Andaman, anyway I do not have any problems with eating any type of food.

There is Lakshmanpur beach on the other end of the island,

and the hotel was also on the same road. Sunset is very good on the Lakshmanpur coast, but it was still quite a long walk. So took a rest at the hotel for a while and then went to see the sunset in the evening. I slowly started to walk. All the big cars running on the streets of Neil were operated by tour packages. Some tourists were roaming with scooty, I saw some foreigners also on bicycles. But one thing that is common in India everywhere- streets of stray dogs! Dogs were present everywhere on such a small island, don’t know how they come here. In the darkness of the night, absolutely gave the indigenous experience, even so far from the main land!
At the five o’clock in the evening, I moved towards Lakshmanpur coast. Twenty minutes later, a white colored coast was noticed. The evening was about to happen, due to which the tourists started coming slowly. The time of the rising and sinking of the sun in Andaman is about forty-five minutes ahead of our main land, due to this everything happens earlier. The beach was quite crowded when the sun turned red, the cameras turned towards the sun. Shops began to appear. The setting of the sun was just a game of five to ten minutes, and after all, tourists stared to go back to their hotels.
Because of the distance from the main hotel to the market, I had to walk quite a lot again, but it was just a matter of one day! Neil’s journey is over here now, in the next post, I will move to Havelock! 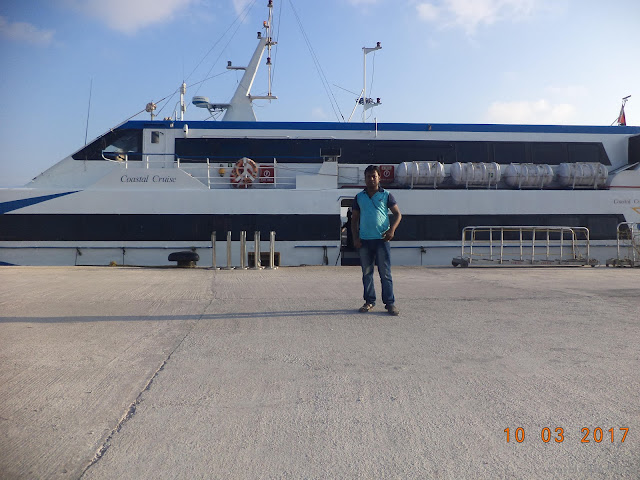 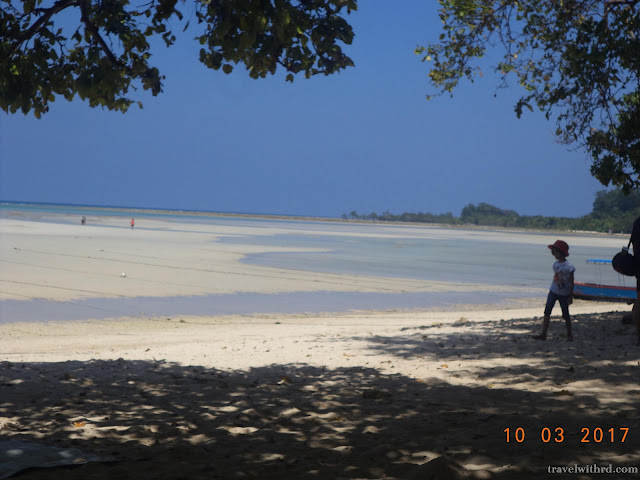 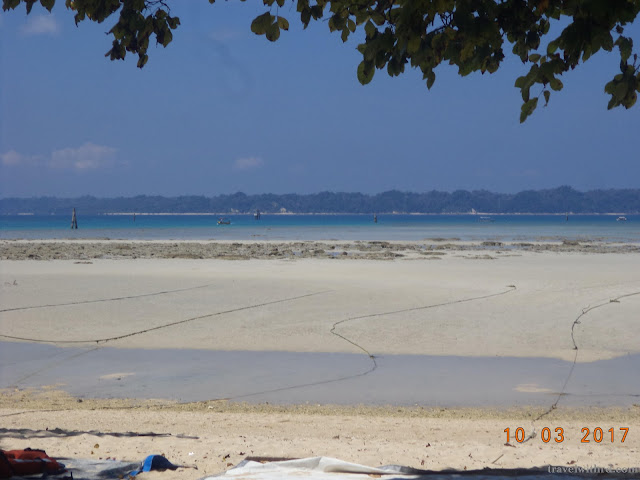 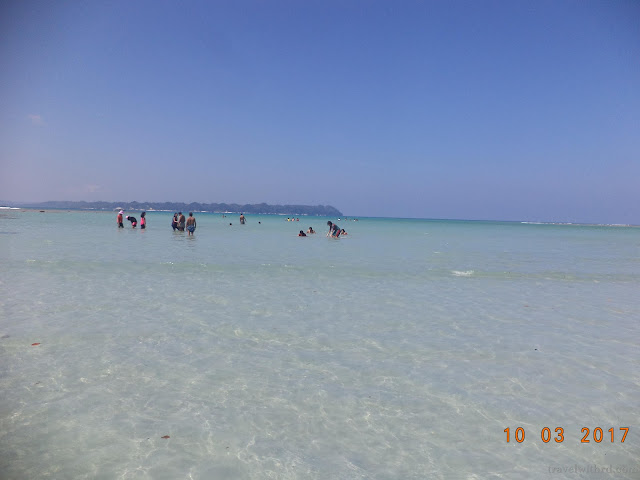 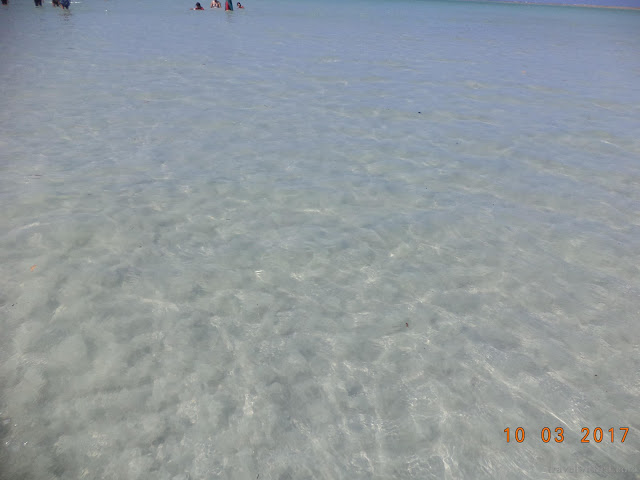 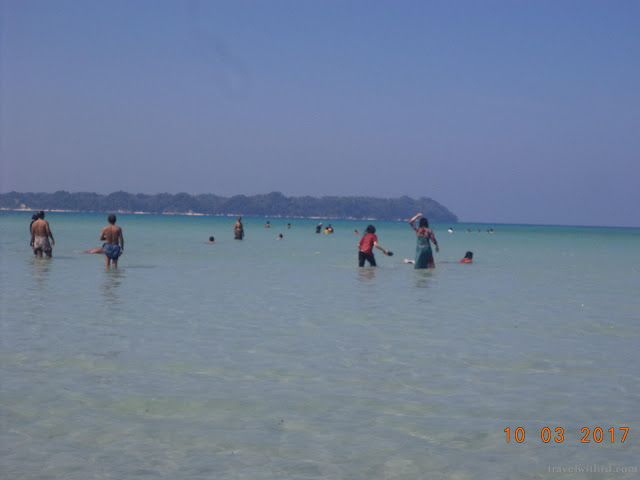 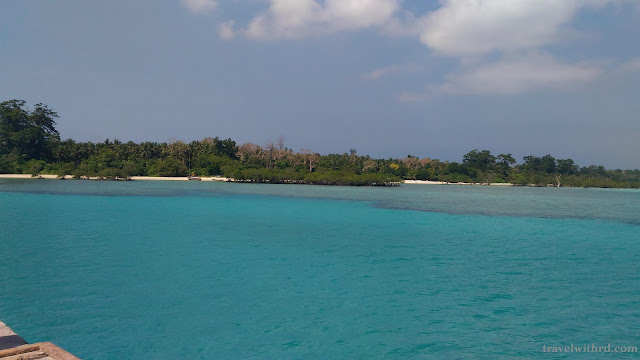 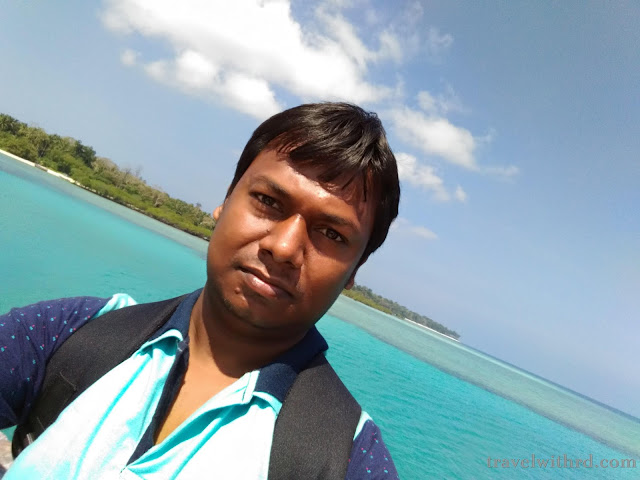 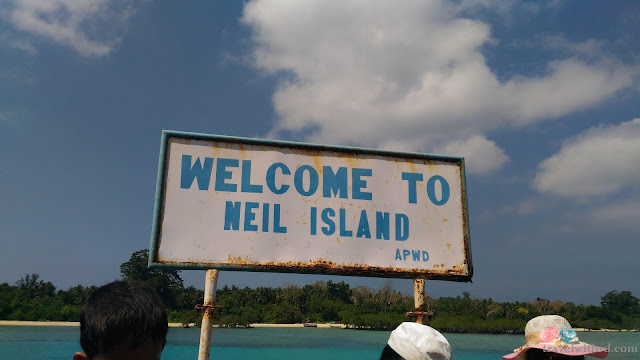 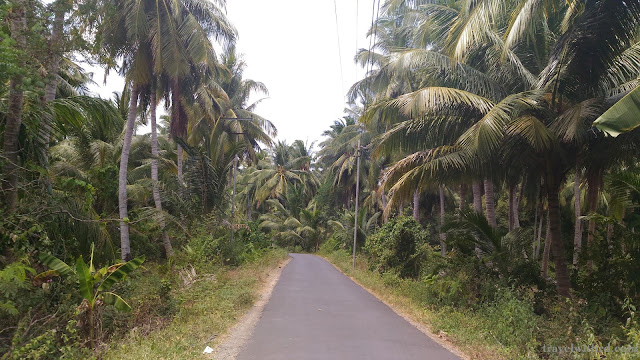 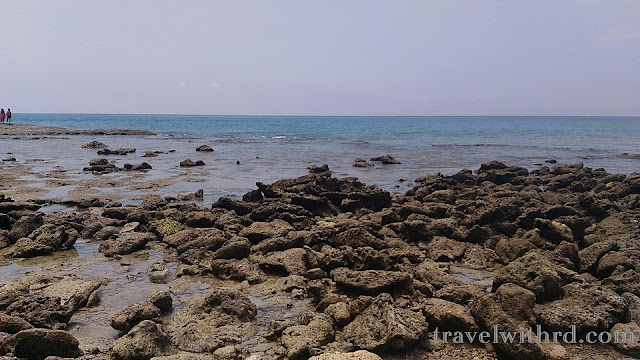 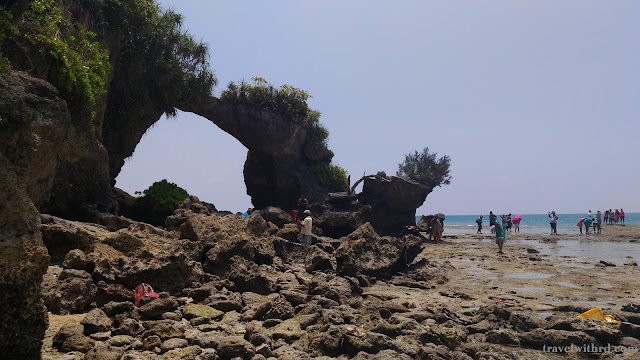 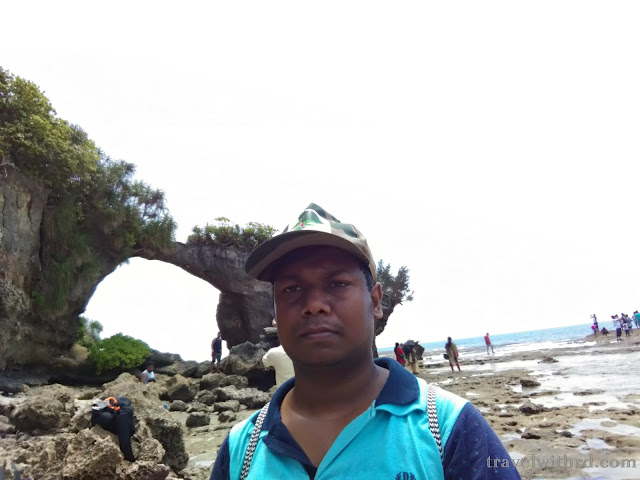 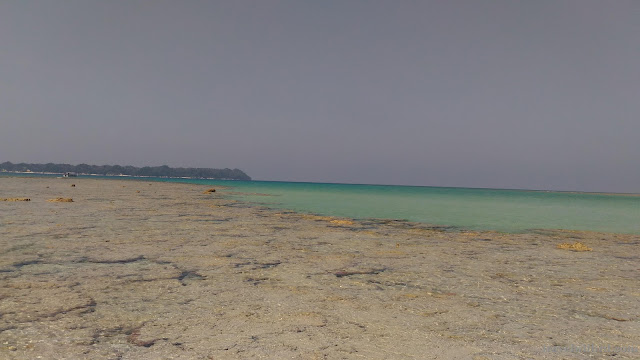 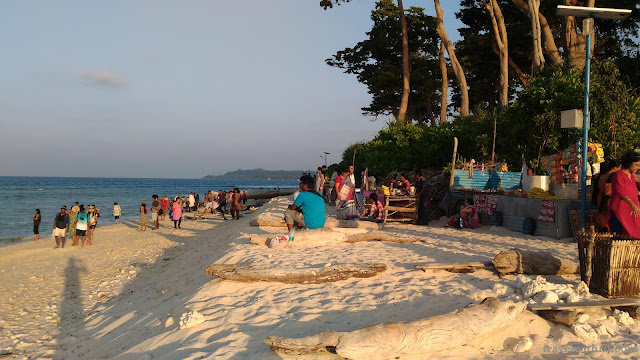 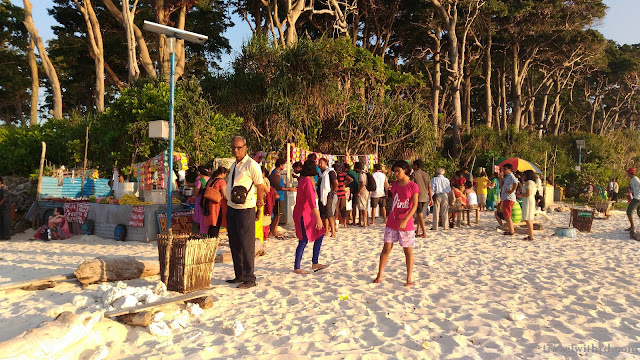 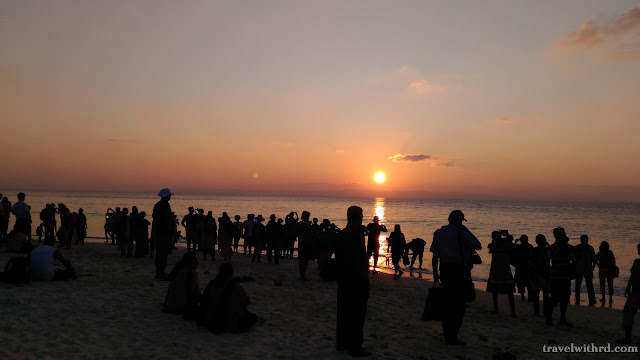 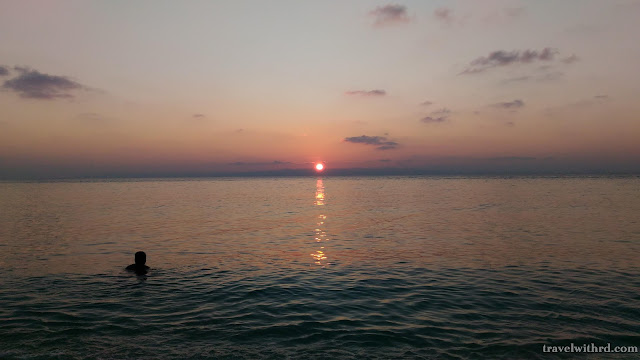