The next stoppage after a one night stay at Neil Island was the most famous island of Andman and Nicobar -the Havelock Island.

ECR and non-ECR Passports: The difference and conversion from ECR to non-ECR

There are 572 islands in Andman, of which only 38 are inhabited. Now among these 38, Havelock is best known for tourism, foreigners also visit the most here. Well, in the case of beauty, many other islands are known to compete with Havelock, everyone can have their own experience, but if anyone has received fame internationally, then it is Havelock.

ECR and non-ECR Passports: The difference and conversion from ECR to non-ECR

Most ferries run from Port Blair to Havelock via Neil, except some ferries. Yesterday, the Coastal Cruise in which I came to Neil at 9 o’clock in the morning, was also going to Havelock further from Neil. The Neil’s jetty was not as big as the jetty of Port Blair, but security checks are fast enough. If you look at maps, you will find that Neil and Havelock Island both are in close proximity, and the minimum distance is not even one km, yet why does it take more than an hour from Neil to Havelock? Because from where the minimum distance of Neil-Havelock is seen, it is only the southern end of Havelock, while Havelock is much larger than Neil and we have to go to the northern end of Havelock – which is the main center of Havelock. Through the journey of Neil to Havelock, we have to move along the circumference of Havelock.

From Havelock Jetty to Main Market

Being the main center of Andman Tourism, there was tremendous crowd on the jetty. It took 15 to 20 minutes to get out of the vessel because the vessel was going to be empty. Havelock jetty has Govindnagar beach, and the shores here are known by their numbers such as 1 no beach, 2 no beach, etc. Radha Nagar is 10 km away from Jetty, which is the world famous beach and no 1 in Asia, and in every forty-five minutes buses are available from the jetty to Radhanagar, some AC buses are also available in which fares are worth 45 rupees while in the normal buses, fares are worth only 10 rupees. Hotels in Havelock are quite high in demand, therefore advance booking is a must. Some tourists do not stay a night in Havelock and return to Port Blair on the same day, but I think one must stay at least for one night at Hav to the famous Radhanagar Beach

The Havelock Jetty has also a bus stand, but the market is three km away, which is called as 3 no beach, my hotel V-not was also there. It is the main and busy road from Jetty to Radhanagar, which is the main and busy road that passes through the market. At the time I landed on a jetty from the ship, a bus was seen moving from a distance, but I could not catch it. The next bus was forty-five minutes later, so I took a lift from a scooter, he told that he was a tourist guide.

To reach the number three beach, I started searching for my hotel. After asking about it, it was found that the hotel did not have any board anywhere. The weather was also hot in Havelock, yet the tourists were huge in number, the entire hotel was houseful, if I had not been booked earlier, I could have been in a big trouble. First of all, I had to go to Radhanagar, and the buses would pass through the front of the hotel. The auto-taxi owners ask about thousand to twelve hundred rupees to go to Radhanagar. The bikes are also rented at five to six hundred rupees. But when I can go spending only 10 rupees, then what is the need to spend that much?
I saw a dhaba in front of the hotel. The people running this dhaba came here only from Jharkhand. Most people doing business related to tourism in Andaman are coming from mainland like this. Havelock is an expensive place – from food and everything. The price of one fish curry plate is 150 rupees here and one xerox copy for five rupees.

On the way to Radhanagar Beach

A few minutes later a bus came, in which most of the locals were getting on, and they were going to Rādhanagar, to set up their own shop- some lemon-water sellers, some cucumber sellers. The tourists from the other High Society were comfortably going by cars, even some foreigners were seen on bikes and scooties. The road goes through the entire Havelock Islands and you will enjoy nature, along the way, greenery from both sides. The only thing that looked bad – the quality of the road. At such a large tourist center, where people come from all over the world, till now the old road is not at all maintained, seeing that no repairs have been done in the last 10 to 20 years. However, the work of widening the road has just started a few days back.

Bus stopped at Radhanagar bus stand. There is a 100 metre walk from the bus stop to the shore, being shops and dhabas on both sides, there is no problem if you need any breakfast or meals. A large wooden arch on which it is written- Welcome-to-Radhanagar beach. However, the best part is that this area is completely plastic prohibited area, not only this, but the whole Andaman region. Seats along the shore have also made of by wooden timbers. The umbrellas are also made of grass. There are many other beaches in India where payment is required to sit on the chairs, but it is absolutely free to sit everywhere in Andaman. This place is not less than a heaven under the feet of tall trees. Sitting here, one can spend here for hours beside the beach. There is no water sports available here. Seeing the beach so closely, one will also have a strong desire to dive in it . Seeing its beauty on the coast, the eyes were really torn apart!

The glamour of Radhanagar Beach

Various colors spraying water, straightforward beach, white silver sand- such a beach is not anywhere else in India, and once you see it, you will not like any other beach. Whether you walk for hours or keep dipping in water, you do not feel any boredom, even if it is a strong sunshine! This is the reason that once in 2004, Time Magazine termed it Asia’s most beautiful coastline, and it is still one of the ten most beautiful beaches in the world.

I spend at Radhanagar about two-three hours, but there were some other beaches also to see. I was 2’o clock afternoon, I went to see the other places in the evening, I will come back to Radhanagar tomorrow morning as I have more than twenty four hours in Havelock.

From the main road side of Radhanagar, the Elephant beach is a two kilometer walk. The bus reached here in only five minutes, from here on, I caught the trail on the right hand side, in a hurry, a I entered a village, the locals said that it is not the way to go to the Elephant beach.

Again half a kilometer, I came back and caught the right path.
Elephant beach track has thick forest on the way to the beach, and also has the footprints of elephants on the ground. So are elephants in this forest? This suspicion was creating even a slight fear in walking alone. People coming back said that only a little further walk, and you will reach the beach. Some people felt this elephant beach is less beautiful and told me that after seeing Radhanagar, you would feel it more inferior. This track of two km ended in some way and then saw trees with dry bushes. Many creeping organisms like snails were scattered on the ground. These dry trees should not be trees destroyed in 2004 Tsunami!

Indeed, this coast was not something special, and it was like a normal beach. There were only water sports here. I started coming back.

Just catching again the same bus, I came to Havelock’s main market. Here, I started to see the numbering of beaches. First of all, I went to Govindnagar’s 3 no beach.

However, due to the fact that the Randhangar beach was already seen, I felt this beach was not beautiful enough. Only the mangrove trees could be seen closely. Havelock also has a black stone coast or Kala Patthar Beach, but far away, I quitted.

The Havelock Main Market in the evening

In the evening, Havelock’s market was shining. This market was much bigger than the market of Neil Island, all kinds of things were available here that are in a big city market. The thing that disappointed everywhere in the Andaman – was no internet on mobile.

The next day return ferry to Port Blair was at four o’clock in the evening, so once again I gave half a day in the beach of Radhanagar. This time, it was Makruzz ship from Havelock to Port Blair, which travels the distance of fifty km in just two hours, the without any stoppage at the Neil. Other ferries take longer, government ferries can also take three to four hours. The journey of Makruzz was quite comfortable and we reached Port Blair just a few minutes before the scheduled time. 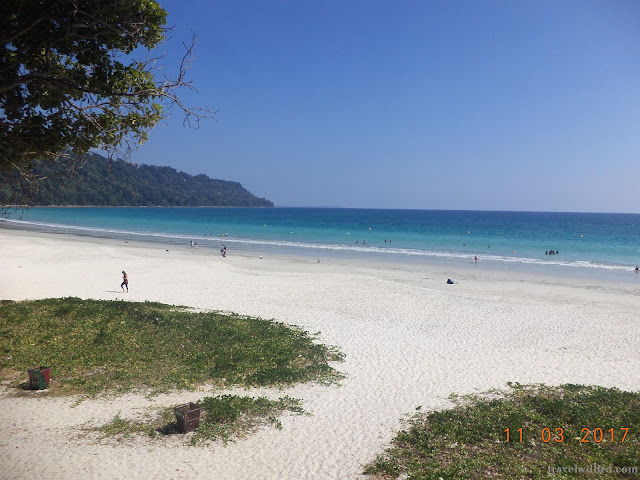 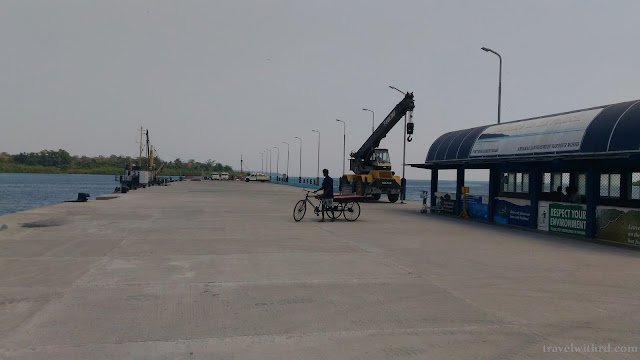 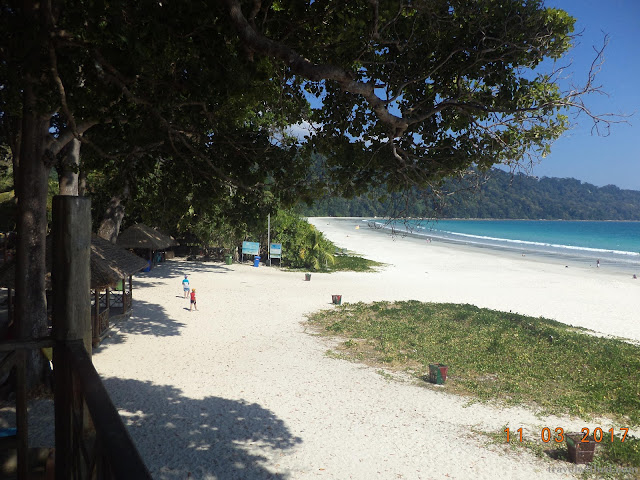 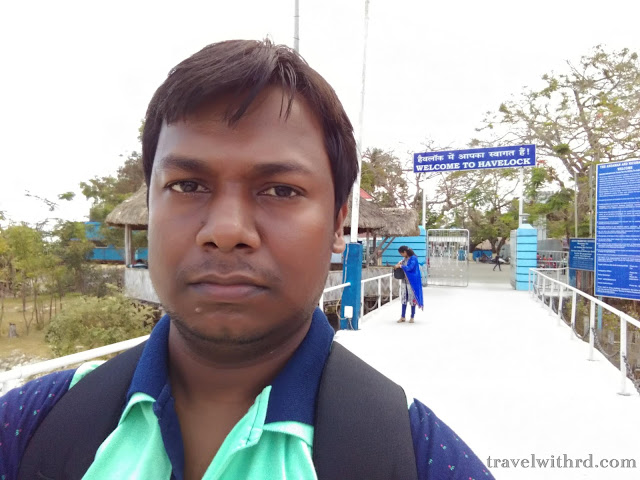 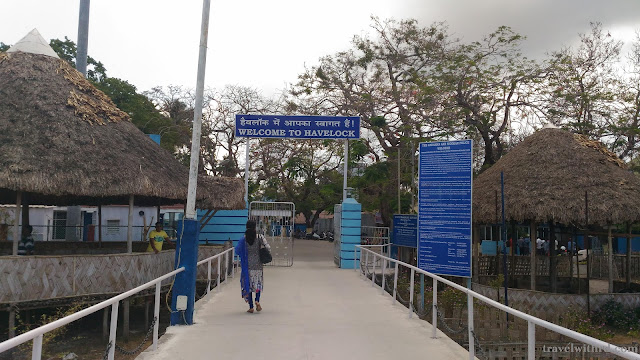 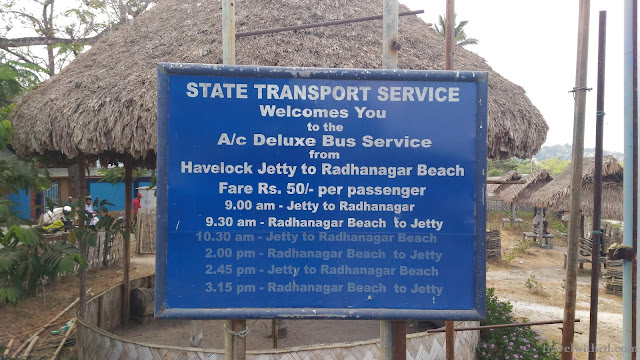 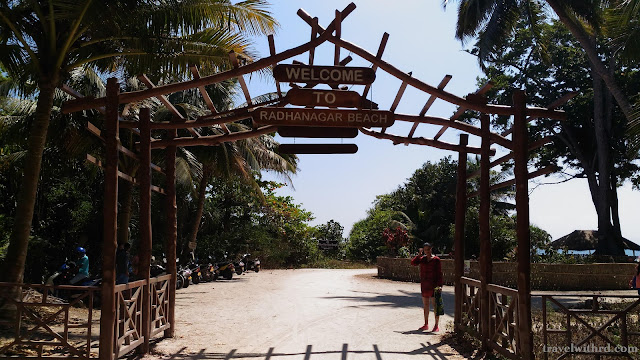 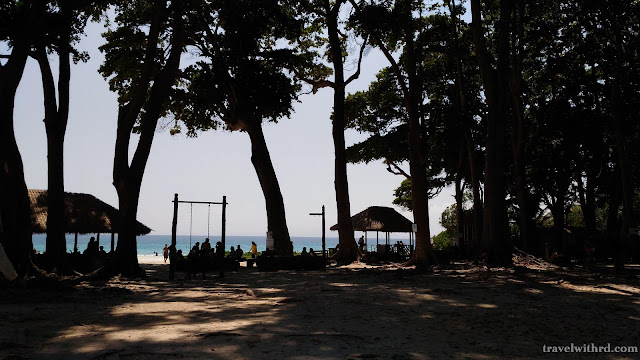 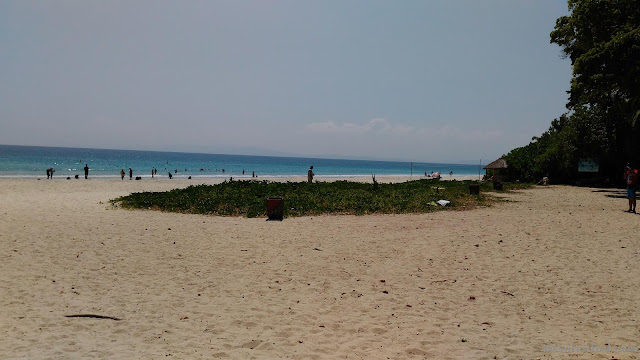 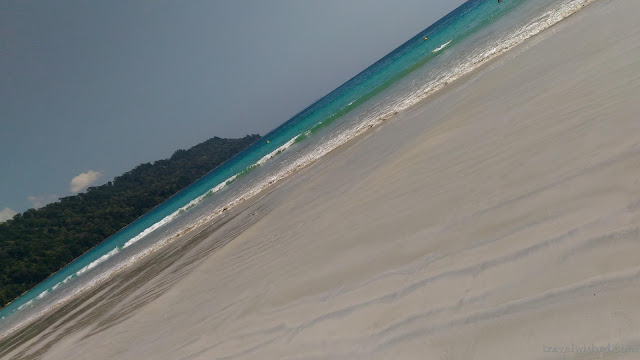 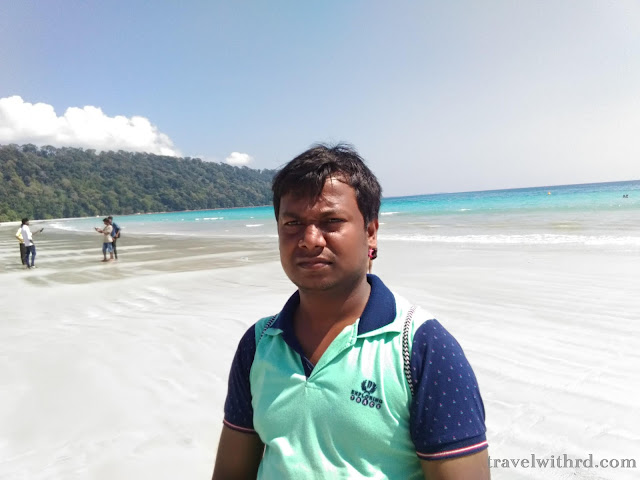 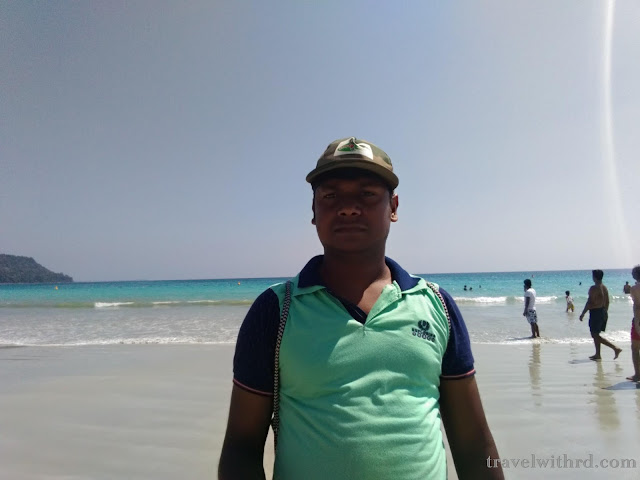 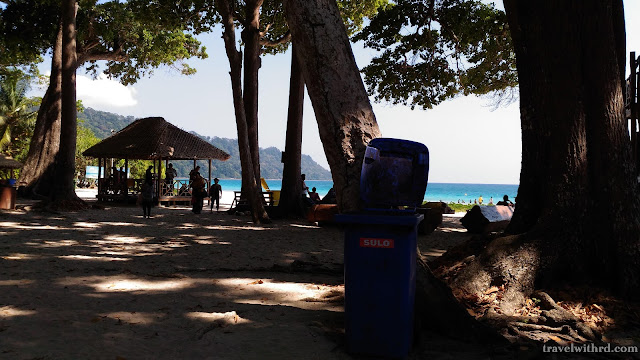 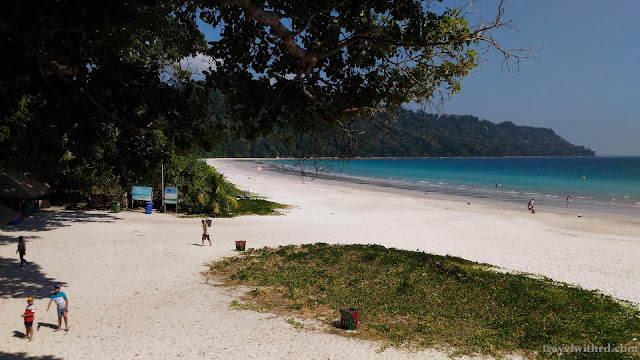