By RD Prajapati May 21, 2019
Port Blair airport announced the strict prohibition of taking photographs as soon as the plane landed, even then, all the passengers who were coming here for the first time, everyone had a strong desire to capture this new world in their camera, some tried, however, the guard immediately asked not to do it. Only after getting out of the airport, we could take some photos.

Andaman’s earth was new to us, yet it did not seem like that it is an island surrounded by sea. After coming to the main road, trains, buses, motorcycles etc. were running exactly like that in the main land of the country. The roadside dhaba was very well-known. Locals were just like ours, because most of the people living here have migrated from the mainland and settled here. Primitive resident or tribals, of the six types of the Andaman, are in the very few numbers today and are currently in the protected areas of the nation.

The main road outside the airport is called Lamba line, from here buses towards Aberdeen Bazar (the center of Port Blair) pass every minute, so there is no special requirement for auto-taxi. Even in the month of March, the sunlight is very scorching and humid weather in coastal areas, the same thing was here too, so the body was exhausted.

The hotel I booked was in Port Blair, in Phoenix Bay area just a kilometer away from Aberdeen market and a government bus stand. The main jetty from Port Blair, where the water ships depart for Havelock-Neil etc., is also just a short distance from the bus stand. To know the timetables of government ferries, I had to go to the Jetty first, so I got down at the jetty after 10-15 minutes sitting on the bus towards the market.

Port Blair’s main and biggest jetty is named as Phoenix Bay Jetty. This is where all the long distance ferries, whether public or private, operate. Both government and private ships run from Port Blair to Neil and Havelock, while only government ships run for Long Island, Rangat, Diglipur etc. Neil-Havelock’s govt ferries fares from Port Blair are less than four to five hundred rupees, but their bookings are not online, after going at the counter of Jetty, only up to four days before, you can buy tickets. For local people, there is a subsidy on tickets for these govt ferries, because of this, the prices of their tickets are only half as compared to the tourists. An identity card is mandatory for the ticket.

On the other hand, the minimum fare for private ships can be from six hundred rupees to two and a half thousand rupees, according to different categories. Macruzzz, Green Ocean, Coastal Cruise – These are three private services. The most important feature of private ships is that they can be booked comfortably online at home, you don’t require to be in queue like government ferries. Government ferries can have difficulty in getting Neil-Havelock tickets in peak time, due to which the travel can be gritty enough, so private ferries are better in this case. Bookings for Maccruise and Coastal Cruise are from the same website www.makruzz.com, Green Osan’s website is http://greenoceancruise.com/. Well you can also make a ticket from a third party agent website like https://trip.experienceandamans.com/.
I had already booked the ticket for Port Blair-Neil, and Neil-Havlock. I had two private ferries tickets, but to get the experience of government ferries, I thought that I can get Port Blair tickets from Havelock in the same way, but there was a problem in it too. Official ferries tickets are issued on a particular day, and there is no guarantee of availability, it is known that the return ticket for March 12 will be issued on March 10 only. Now at the same time, in travel, time is very precious, because of this, there was only one way to get rid of these hassles – booking again in the private ship. On the same day due to the unavailability of mobile internet, I paid for a return ticket to a local travel agent for Havelock to Port Blair return ticket in Makruzz, which was worth one thousand rupees.

I went straight to the hotel. It was seen in the Google map that the hotel is only seven hundred meters from Jetty, but it was more than that distance. Walking hard in the sunlight was quite a crazy job. Although Andaman is an island, the land here is not flat like other beaches. There are so many ways curved rams like a hill station, that is why you can enjoy the sea and the mountain.

After the entry into the hotel, there was a little comfort. Last night, I could not sleep properly, there was fatigue, but in my journey, my days were fixed to see all the places, because of this I could not waste time in the daytime.
On mobile, I just checked the incoming message. But it is known that there is no network of Jio here. Then, on a 2G network of Airtel, I started to test one day’s net pack, but is was also not working. Internet and mobile service conditions in Andaman are very bad. The name of 3G is just BSNL’s service but only the name. Airtel and Vodafone only offer 2G services, but they are worse. I also had a BSNL SIM, but probably no network of internet was working in roaming in Andaman.

There was great disappointment because of the breakdown of internet connection. Apart from the unavailability of the Internet, calling on the mobile was also difficult, even if Airtel had to make a phone call, it would have to dial 10 to 20 times. For the first time, BSNL’s service was very better than Airtel. It was found that only the broadband service of BSNL is the sole hope of the whole of Andaman.

There was a strong sunshine at ten o’clock in the day, and at a distance of three kilometers from the Cellular Jail. I asked an auto owner to go to Cellular Jail? He asked for forty rupees, I gave thirty. There are lots of traffic on the roads of Port Blair and the buses also run very fast. Market area looks like a big city. Cellular Jail reached in a while. The month of March is the last month of the arrival of tourists, yet a lot of people could be seen on the ticket counter. Ticket price for going inside Cellular Jail is thirty rupees.
Cellular Jail- i.e. Kala Pani memories! As you all know, this jail has embarked the mark of the struggle of our brave revolutionaries during the Indian freedom struggle, this is the reason why even after being made by the British, we still save it as a memorial to this day. The word cellular means that this prison was divided into small cells and there was a separate secluded room for each prisoner.

Earlier this jail was made of seven buildings, the center was in the middle, but later some were demolished, just two buildings and the center were left. The sea is clearly visible by climbing the roof. Unfortunately, because of the atrocities of the British, the place from this beautiful place was given the name of Kalapani.

Hundreds of revolutionaries were being brought here from the mainland of India, hard tortures were given, and hard labor was also getting done by the prisoners, there was no way to escape because only sea was up to a thousand miles. Batukeshwar Dutt, Yatindranath Kakkar and Vinayak Damodar Savarkar were quite famous revolutionaries. On the name of Savarkar, it is also named Port Blair Airport. Inside there are many revolutionary models, hanging house, you can see each room in close proximity by going to jail recovered. All prisoners’ names are also written on a board.

In the evening there is an hour-long light and music show, in which you can see that time’s prisoner’s life and learn about the cruel rule of the British. Light show ticket costs fifty rupees. On Monday, I left at six o’clock in the evening, there are three shows Hindi and three shows in English at seven’o clock in the evening. After watching cellular jail once a day, one should definitely come to see a light show in the evening, and I too had to come back again this day.

I gave the cellular gel for about two hours, then came out. Outside is a small park where statues of some revolutionaries, including Savarkar, have been made. The Rajiv Gandhi Water Sports complex, which descends below the stairs across the road, offers boats to go to Ross, North Bay, and Viper Island. There is also a Tsunami monument here. Time to go to Ross Island was over, and there was still a lot of time to see the light show at six o’clock in the evening. There was a lot to see in Port Blair, in which one is Chatham Ara Mill, which is the oldest jigsaw puzzle in Asia. Buses for Chatham are going on for a whole day, so there is no problem in reaching. Let’s go Chatham Jigsaw now in the next post. 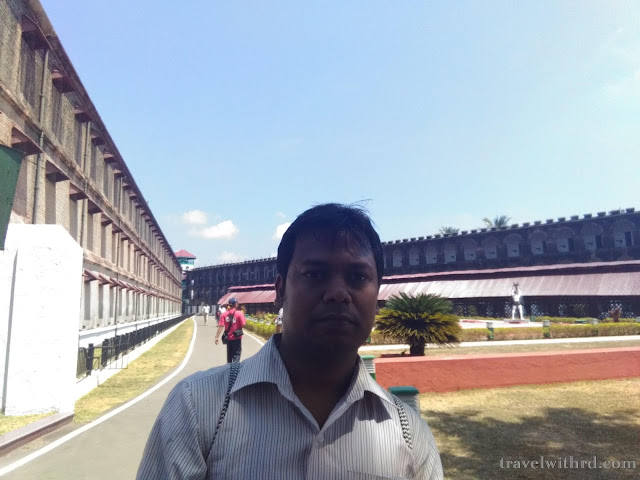 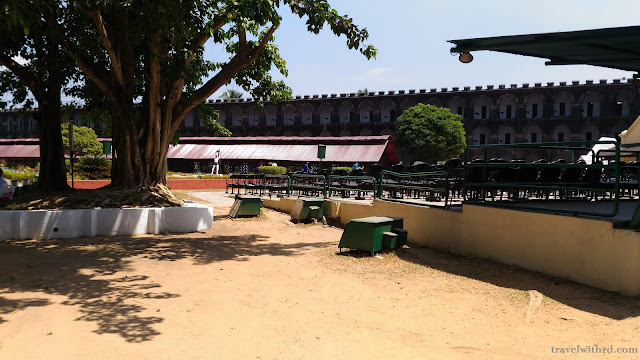 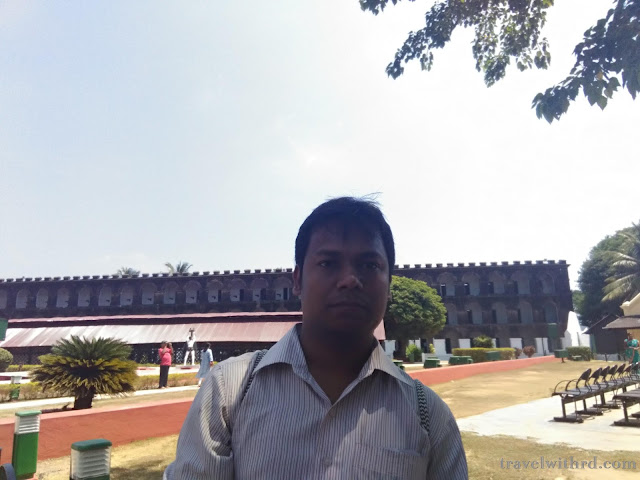 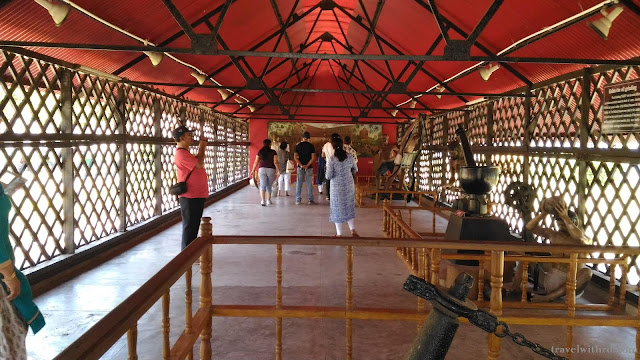 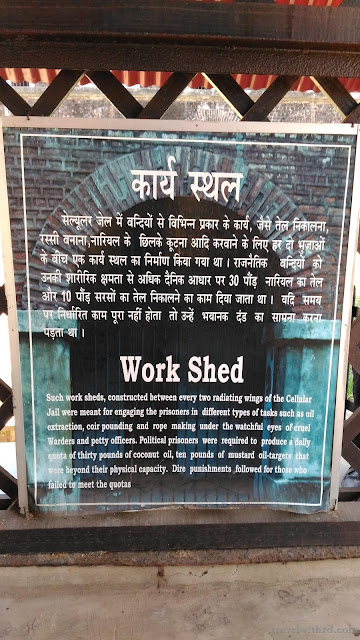 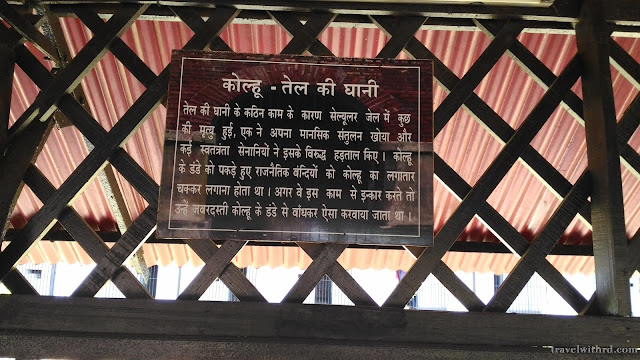 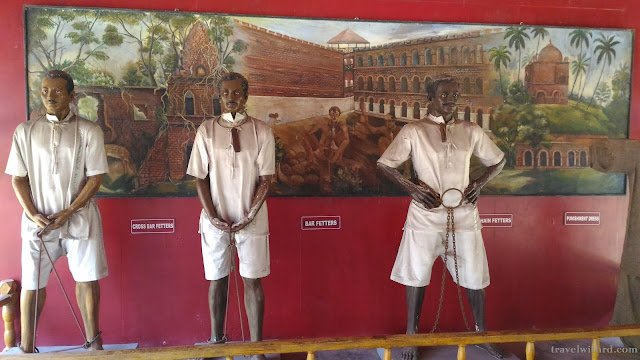 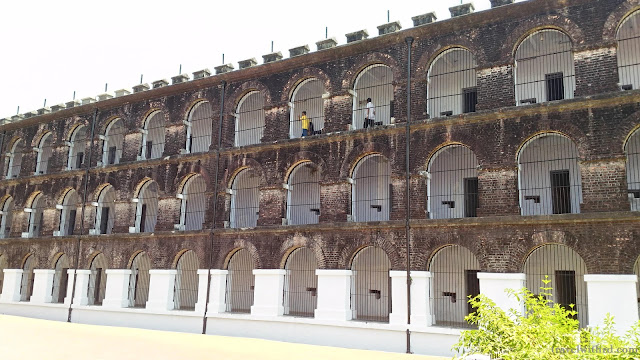 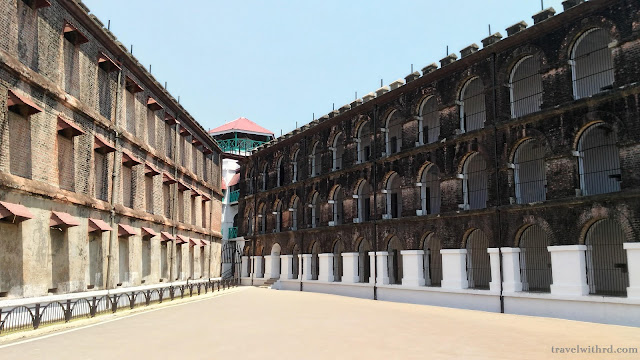 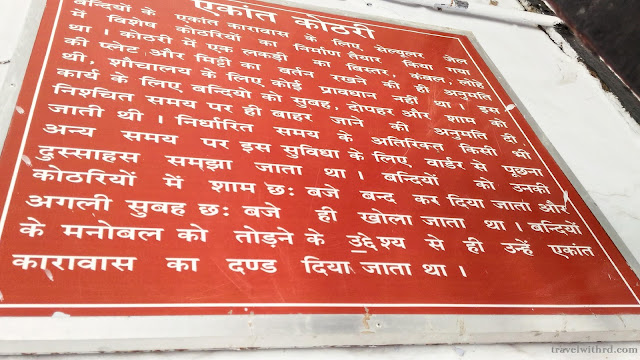 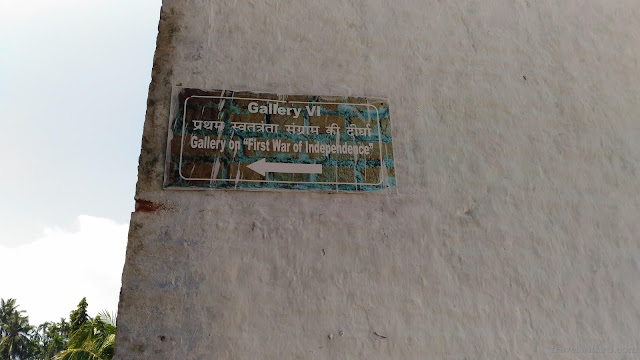 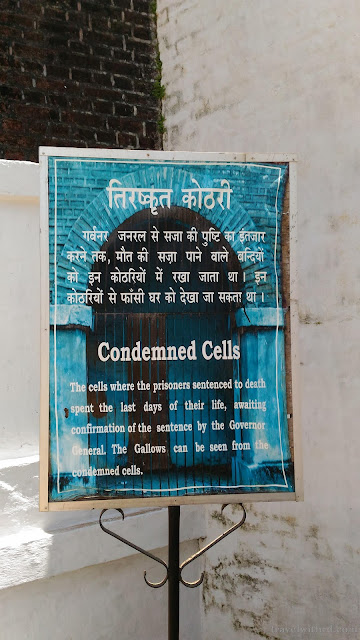 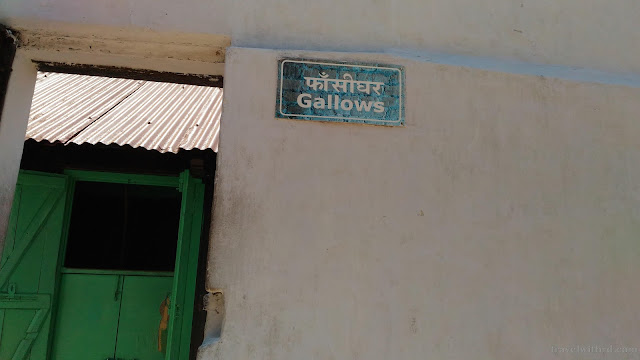 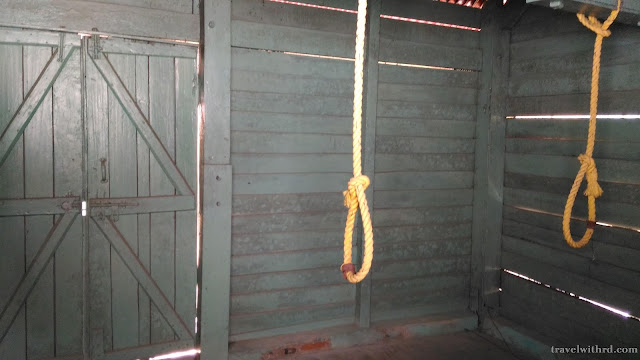 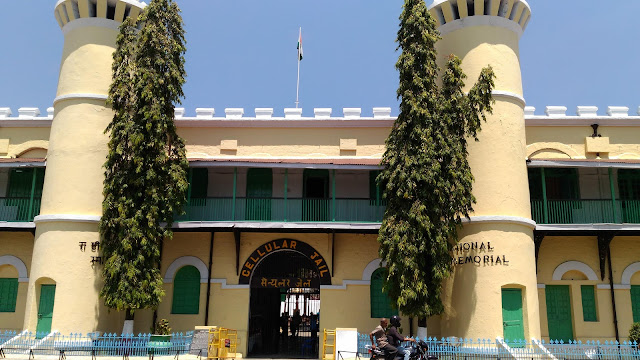 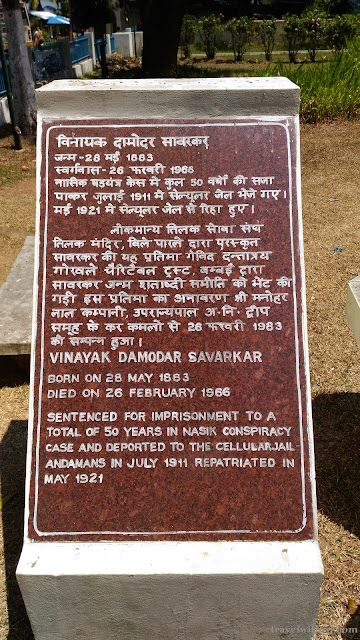 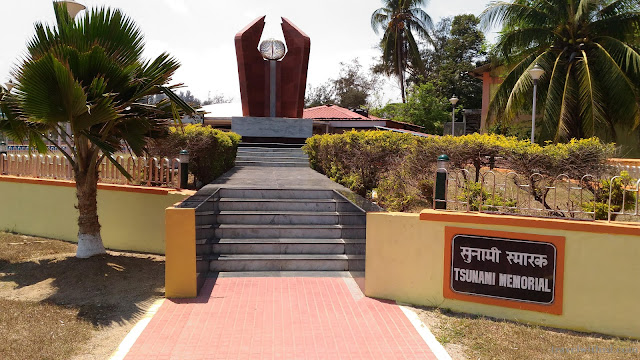