2011 was a wonderful year. I planned a Goa trip with one of my best friend. We reached the Tatanagar Railway Station, from where we had to board a train (Howrah Mumbai Mail) to Mumbai, then we had to travel from Mumbai to Goa by bus.

We both were very happy that day- 21st February 2011. But after a few stoppages, suddenly we were shocked. Infact, in a hurry, we boarded the wrong train. Actually it was Mumbai-Howrah Mail, returning (down train) from Mumbai to Howrah. We both didn’t notice that it was not the ‘up train’. We were at Kharagpur Junction.

Why Should You Be A Traveller

We got down from the train but fall into the trap of the TTE. He asked us to show our tickets, but we had not the right ticket for that train. However, he did not paid any sympathy to us. He treated us as without ticket and fined Rs 350. Case was over.

Now we both were highly puzzled at Kharagpur Railway Station. It was very difficult to decide whether to go back home or find an alternate route to Goa. If we go back, friends and colleagues will laugh at us.

After a few hours of brainstorming, I purposed to proceed further to Kolkata by another train and take a flight to Mumbai. My friend Arun quickly agreed with it. Now we boarded another train and reached Howrah at 5pm. We both had no idea about airports or flights, but still very excited. Anyhow, we were able to reach the Kolkata airport at 8pm.

So, it was for the first time in life, we were at any airport. Everything was neat, clean and so shiny! So far I had only seen bus stands and railway stations, but I realized airports are totally different- a place mostly for the elite class of the society.

In the meanwhile, after loitering inside the airport, we rushed towards the different airline counters, queried about next available flights from Kolkata to Mumbai, that day or next day. Almost all fares were between Rs 5000 to Rs 8000. The cheapest was Air India flight, which was scheduled at 6AM next morning, booked it immediately as the fares were rising fast.

It was now confirmed that the next day we would reach Mumbai at least, thereafter we would catch any bus for onward journey to Goa.

A Brief Guide to Darjeeling and Gangtok (Sikkim)

A Brief Guide to Puri, Konark & Bhubaneshwar and Chilika Lake

So, we had to wait the whole night for next morning flight. It was an airport area, the hotels or restaurants were beyond our affordable limit that time. Anyhow, both of us decided to take rest in the waiting hall of the airport. One more thing, the ICC Cricket World Cup 2011 was also going on and match was running on the airport TVs, it was a India-England match, we faced no hassle in spending the time.

After taking a few power naps, it was 4’O Clock in the morning. Only 2hrs left to first flight of our life! I was super excited! I couldn’t stop myself rushing quickly to the washrooms and getting ready to fly! Arun was also very curious, but I was somewhat more crazy.

Boarding passes were being issued now, I asked for the window seat, got it too. It was still an hour left to the flight. Passing through the security check, we were waiting near the flight gate now.

Boarding started, the ultimate moment came. The tunnel bridge was connected from the airport platform to the flight gate, no staircase. We were inside the aircraft, I took the window seat, Arun was sitting beside me. After the take off, every details like speed, height, outside temperature was being displayed on the front seat screen.

It was a flight of about 2 hrs 40 minutes duration. The breakfast arrived, I opted the non-veg as I usually do. It was containing a small piece of omelette, bread, butter and jam.

Afterwards, we wandered in the streets of Mumbai whole the day, looking also looking for a Mumbai to Goa bus. However, we booked a bus ticket which was scheduled at 7 PM in the evening which would arrive at Goa next day 9 AM, an overnight journey of 14 hrs.

Next day we reached Goa. We had 3 days stay booked there. We explored the beaches and monuments of north and south Goa by hiring an scooty. In Goa we saw the sea also for the first time in life. 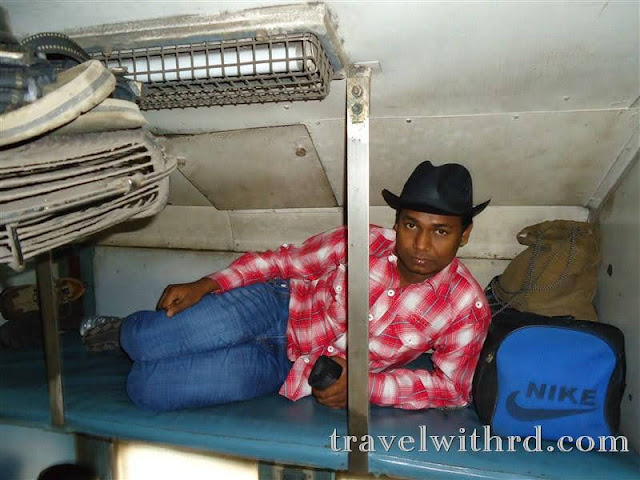 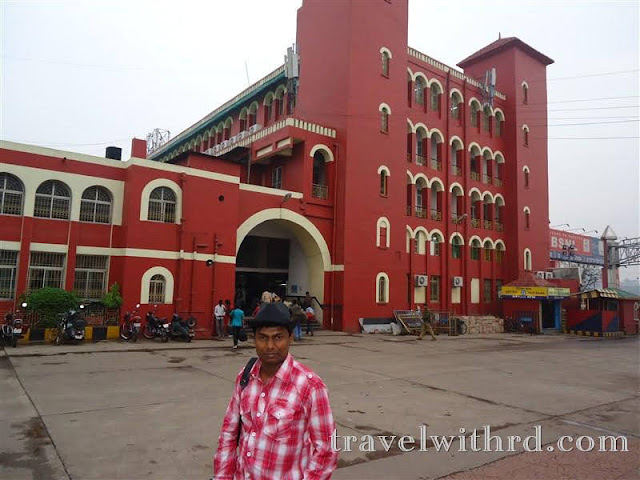 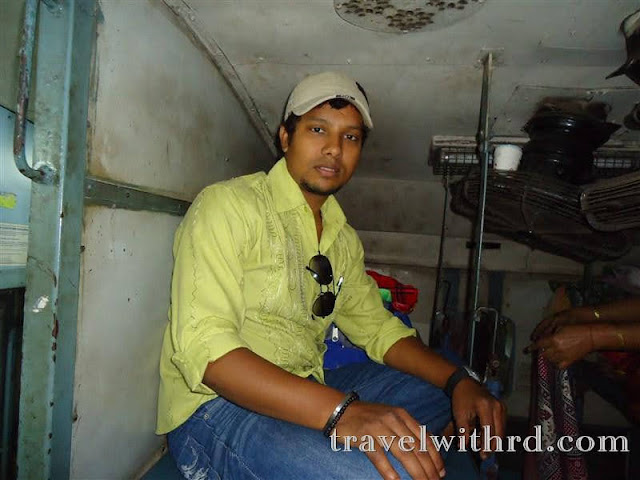 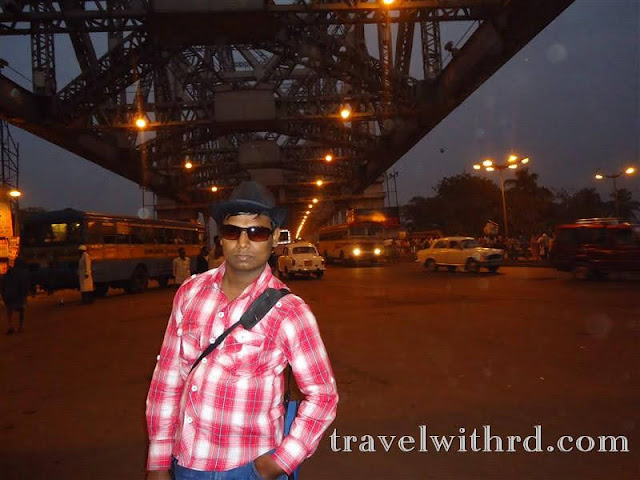 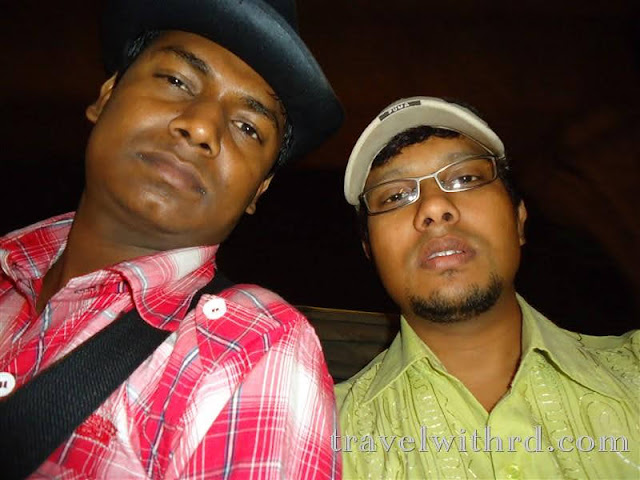 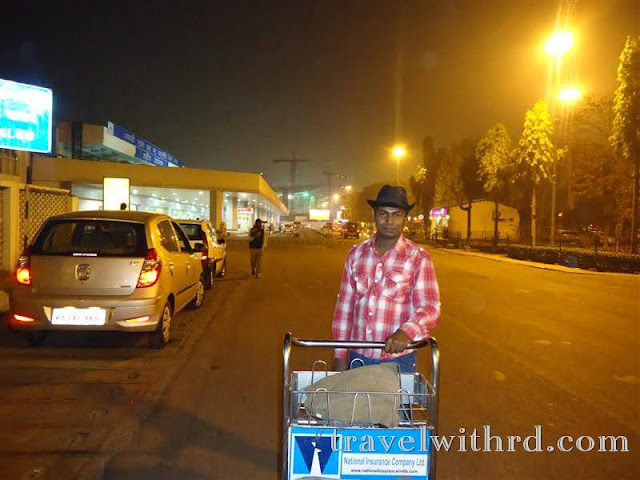 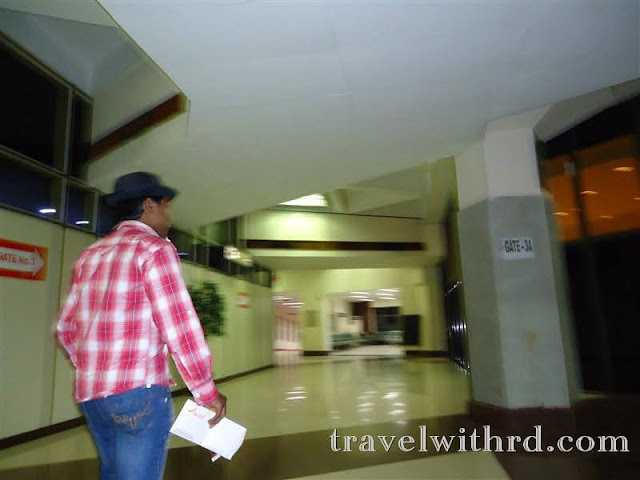 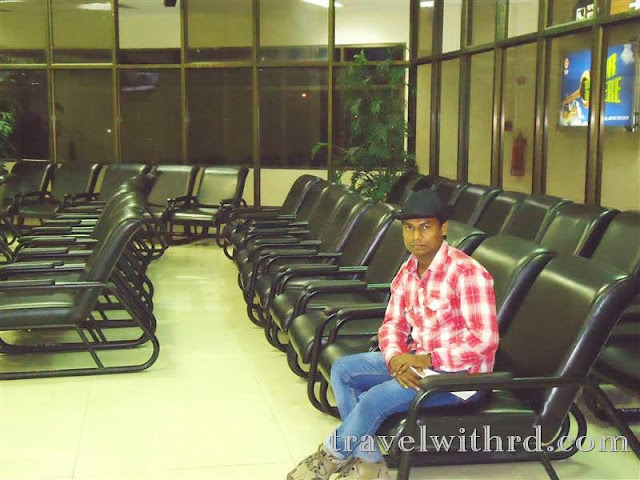 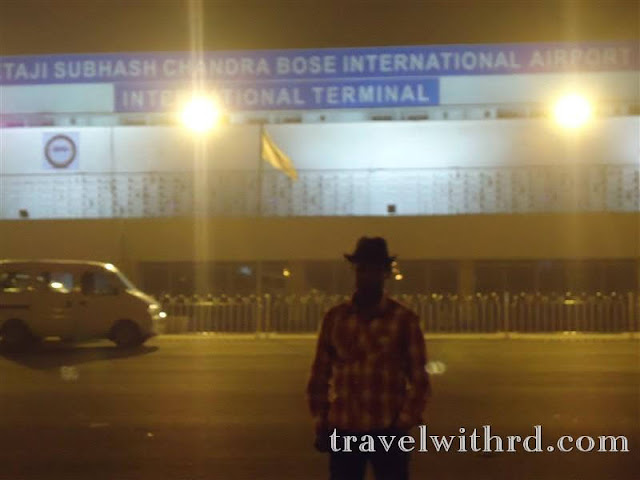 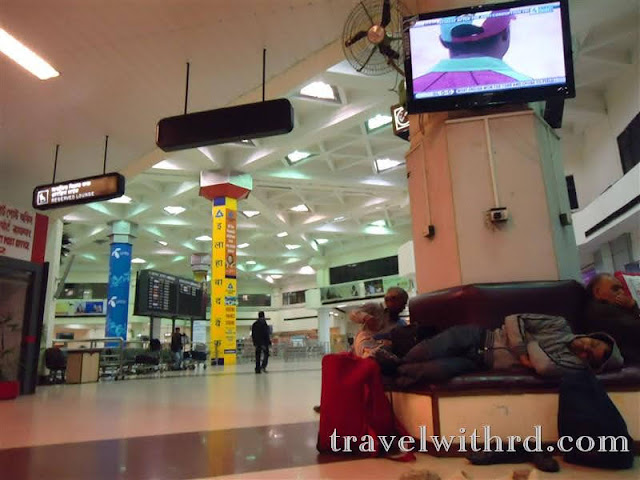 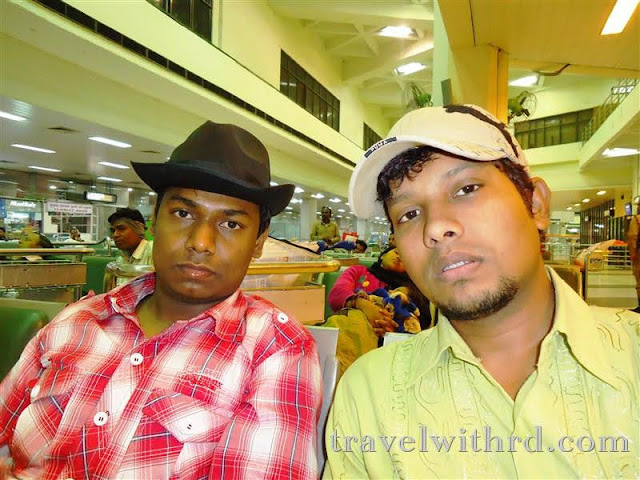 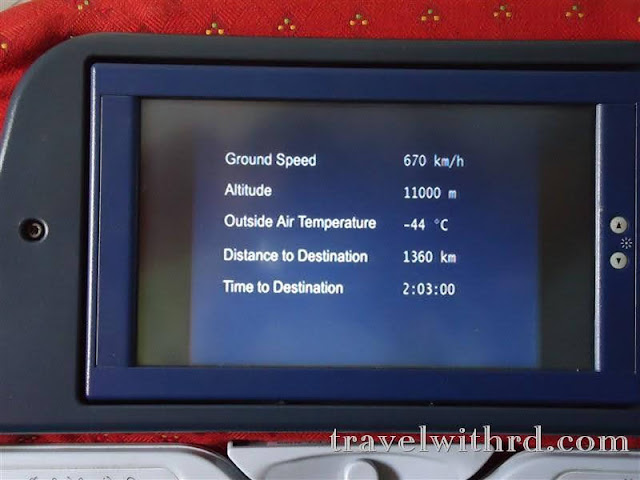 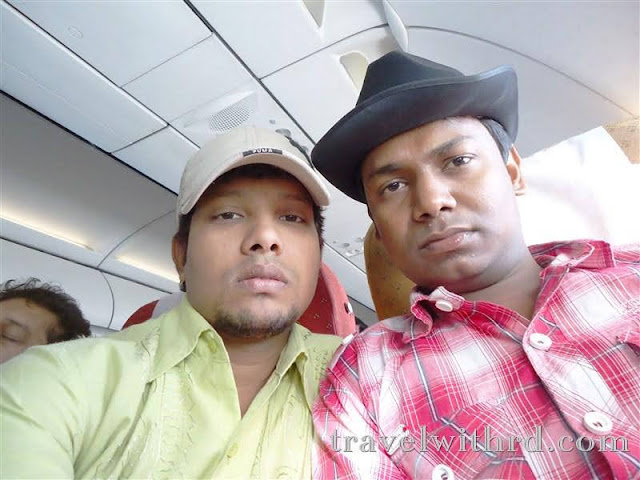 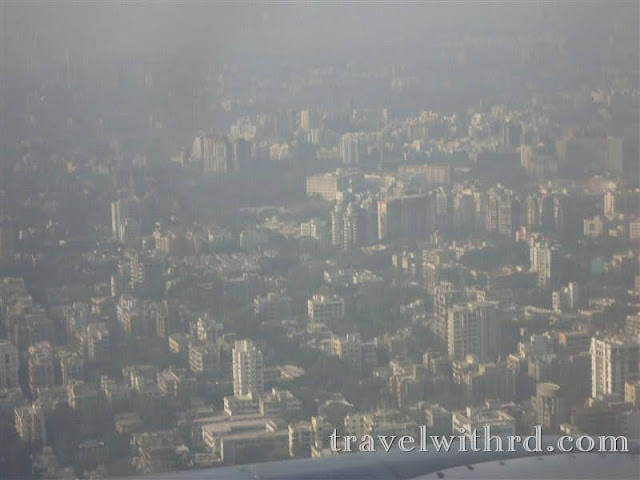